How to build a resilient over-the-air update solution 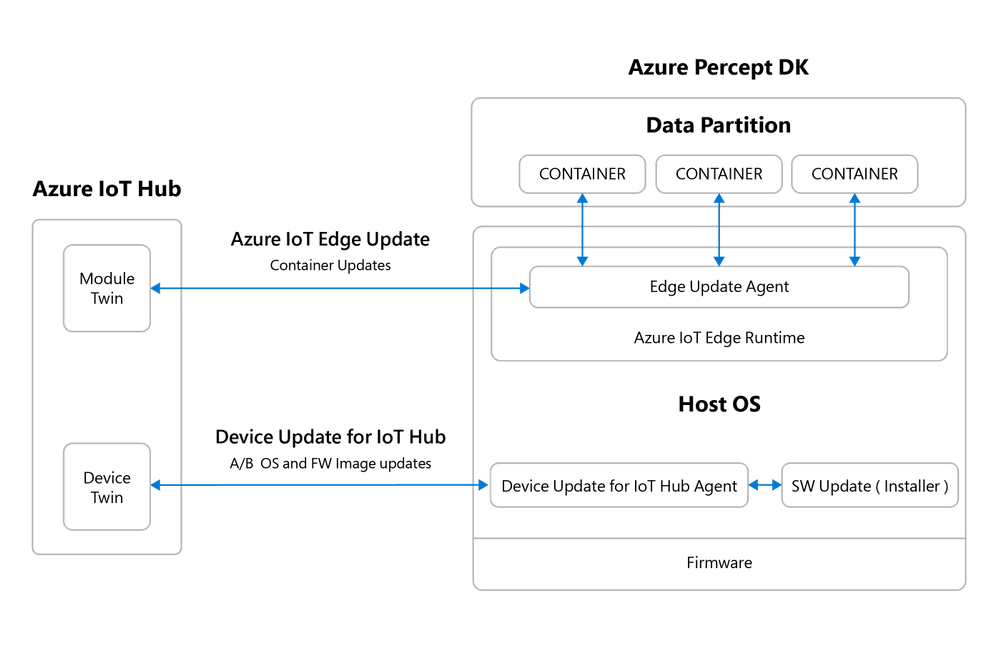 With the growing presence of intelligence at the edge, it is critical to support a high-level of security to prevent malicious attacks on edge devices. Therefore, it is essential to build a robust and resilient update story to enable devices to be easily patched. Microsoft Azure Percept delivers a leading over-the-air update experience using services and tools native to Azure.

For Azure customers and partners, secure update is one of the first device management functionalities they want to adopt. In Azure Percept, the update stack is core to the devices and experiences. In this article, find out how to build a robust and resilient update story for your IoT and edge AI devices by harnessing the power of Azure and the recently announced Device Update for IoT Hub.

Azure Percept uses an atomic A/B image update to update the host operating system (OS) and firmware (FW) using Device Update for IoT Hub, which is a comprehensive platform to operate, maintain, and update IoT devices at scale. The business logic and AI models run as containers on the device and are updated using Azure IoT Edge.

Azure IoT Edge moves cloud analytics and custom business logic to devices so that your organization can focus on business insights instead of data management. Scale out your IoT solution by packaging your business logic into standard containers, which can be deployed to any of your devices and monitored from the cloud.

The Azure Percept engineering team used the power of Azure to develop the ideal infrastructure to build, test, and publish updates.

Azure Percept update artifacts are created through Azure Pipelines in Azure DevOps. Pipelines enable the engineering team to continuously build, test, and deploy to any platform and cloud. With Pipelines, we have automated the Azure Percept builds and deployments, empowering the engineering team to spend less time on manual tasks and more time being creative. The pipeline has ARM64 and X64 servers running the corresponding flavors of the Ubuntu Operating System. Azure DevOps Pipeline supplies key tasks, including the authoring of the Bash script to carry out the build task. The output artifact of the Azure DevOps pipeline includes the base image file (RAW.XZ), update image file (SWU), and the import manifest file (JSON).

An update issue can lead to a loss of devices, which increases the maintenance cost of recovering bricked units and significantly impacts end-to-end operations. Which is why Azure Percept integrates automated VM testing using Azure Pipelines. Daily automated tests validate the update stack end to end. High-level steps include:

To help improve the security of the update process, the SWU manifest file is signed with a dedicated key for Azure Percept update images. Manifest file creation and key signing are managed through an Azure DevOps Pipeline task.

Device-side integrations, including partition layouts, agent integrations, and installer setups, are essential for enabling a resilient and robust update stack for IoT and edge AI devices.

Unlike laptops or smartphones, IoT devices typically don’t have a user present to support the update process. Updates that break devices or cause operational failures can cause device downtime or other failures, leading to operational disruptions, data loss, and high replacement costs. To reduce these risks, the Azure Percept team implemented atomic image updates. Atomic updates are full image updates that target an entire device across its firmware and operating system. Instead of updating a singular component, atomic updates target all device components. The atomicity of the update minimizes the risk of an update breaking a device. Atomic updates are ideal for smaller edge devices in environments where bandwidth is not limited. To reduce the update size and accommodate larger edge devices and those in bandwidth-constrained environments, the Azure Percept team is engaging with partners and investigating feature developments.

To deliver image updates, Azure Percept uses a dual-image partition, which supports rollback functionality and minimizes the risk of impacts to devices in operation. If an update fails on a device, rollback allows the device to return to its pre-update state.

Azure Percept devices have integrated the Device Update for IoT Hub agent to run as an auto-start service (adu-agent.service). The service reads the connection string information from the Azure IoT Edge configuration file (/etc/iotedge/config.yaml). The Azure Percept device is initialized via automatic device provisioning or the Onboarding Experience. This initialization phase sets the Device Provisioning Service (DPS) scope ID or the Azure IoT Hub connection string in the Azure IoT Edge config.yaml file, depending on the initialization mechanism. The service uses the information in /etc/iotedge/config.yaml to connect the digital instance of the device. The Device Update for IoT Hub agent communicates with the Device Update for IoT Hub service over the IoT Hub device twin.

To process and install the update artifacts, Azure Percept uses SWUpdate, which is an installer implementation supported by leading Linux developers. This project is open source on GitHub and is actively maintained by the community. SWUpdate is a manifest-driven update architecture; the manifest declares the update payload and the install method. SWUpdate provides options to overwrite an entire partition with a raw disk and write a binary file to a specific disk offset. While SWUpdate has proven itself to be the best choice for Azure Percept, other installers may be used, depending on the specific scenario requirements. 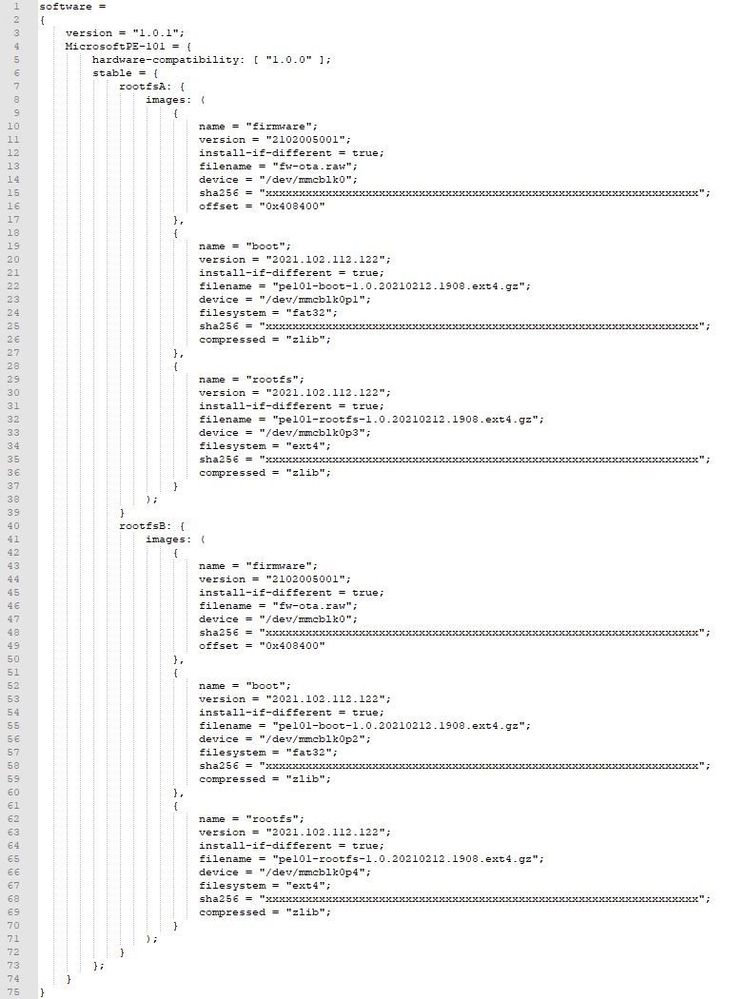 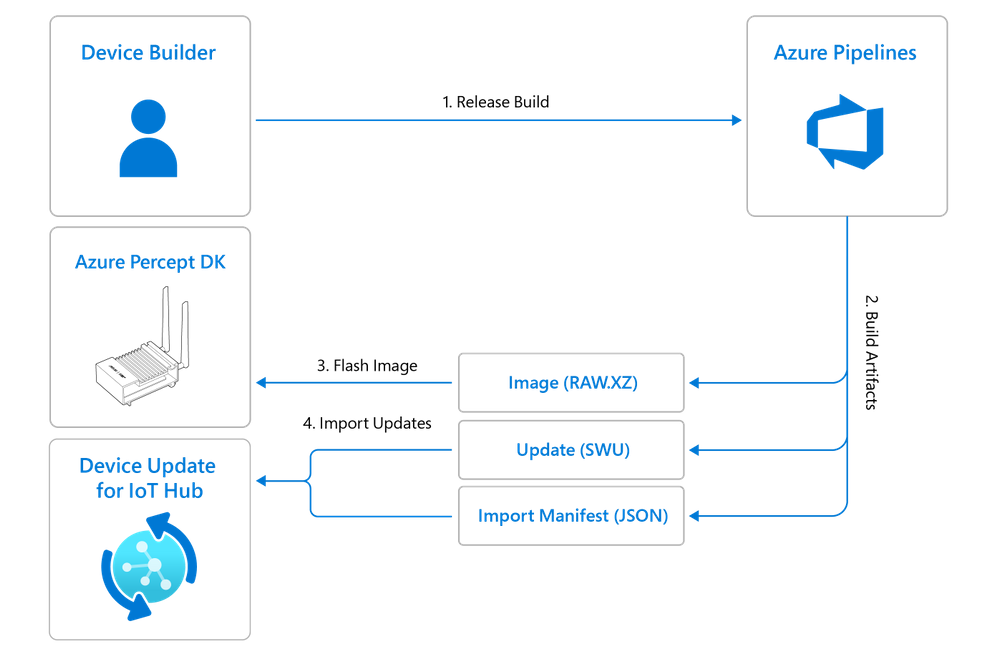 Once the user actions are completed, the Device Update for IoT Hub service communicates with the Azure Percept device via IoT Hub device twin messages. The Delivery Optimization Agent downloads the payload and the SWUpdate Agent installs the update. The Device Update for IoT Hub agent reboots the device to finalize the install. To complete the feedback loop, the device reports the update status back to Azure IoT Hub. 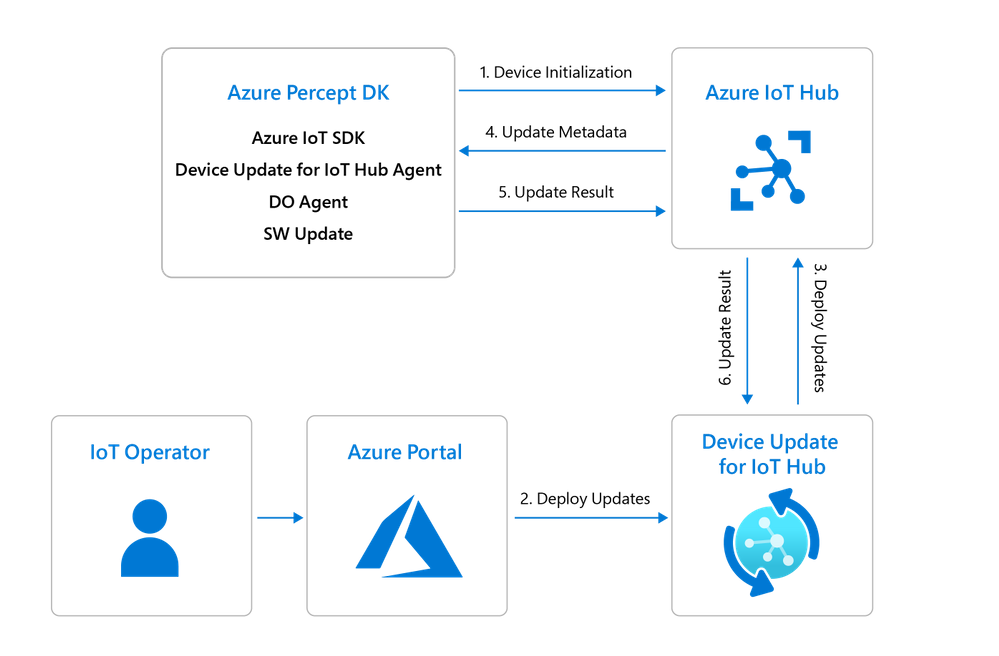 Figure 5: Deployment phase showing how an IoT solution operator can deploy the latest Azure Percept updates to their devices

Microsoft and Azure equip you with the right tools and technology to build a resilient update stack with added security to help safeguard your edge AI devices. To use an Azure Percept device and see the update stack in action, join the Public Preview. For more information on the Azure Percept program and for developer resources, check out the community GitHub.