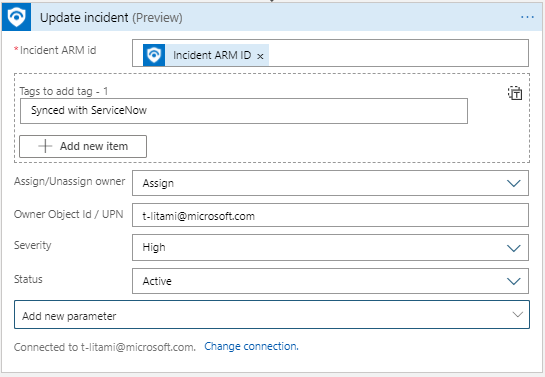 Azure Sentinel Logic Apps connector is the bridge between Sentinel and Playbooks, serving as the basis of incident automation scenarios. As we prepare for new Incident Trigger capabilities (coming soon), we have made some improvements to bring the most updated experience to playbooks users.

Note: existing playbooks should not be effected. For new playbooks, we recommend using the new actions.

Update Incident: One action for all Incident properties configuration

Now it is simpler to update multiple properties at once for an incident. Identify the Incident you want to operate on and set new values for any field you want.

As part of new Update Incident, it is now possible to assign an owner to an incident in a playbook. For example, based on incident creation time and SecOps staffing information (for example, from a you can assign the incident to the right shift owners:

Recently, Azure Sentinel added support for HTML and Markdown for Incident Comments. Now, we added an HTML editor to the Add comment to Incident so you can format your comments. 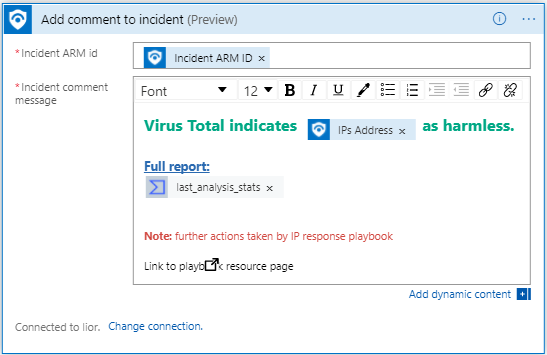 One identifier for working on Azure Sentinel Incidents

Get Incident: Now with most updated Sentinel API

Alert – Get Incident allows playbooks that start with Azure Sentinel Alert Trigger (When an alert is triggered) to reach the incident that holds the alert.

Now, new fields are available and are aligned to the Incident API.

For example, Incident URL can be included in an Email to the SOC shared mailbox or as part of a new ticket in Service Now, for easy access to the incident in the Azure Sentinel portal. 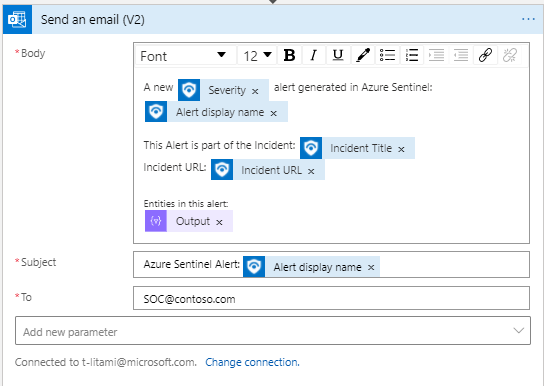 This action’s inputs have not changed, but the response became richer: 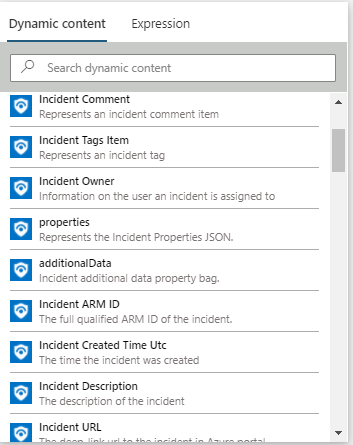 In addition, we supplied another action called Get Incident which allows you to identify incidents using the Incident ARM ID, so you can use any other Logic Apps trigger and still get Incident details. It returns the same Incident Schema. For example, if you work with another ticketing system which supports triggering Logic Apps, you can send the ARM ID as part of the request. 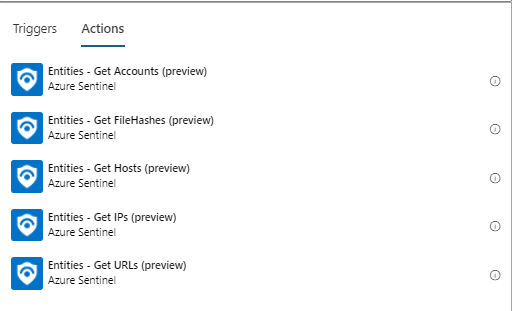