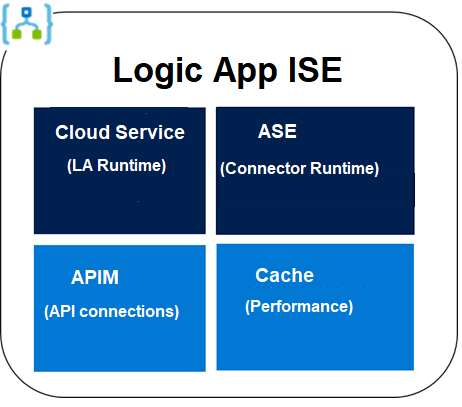 Each ISE has its own dedicated storage and other resources that are kept separate from the “global” multi-tenant Logic Apps service. Internally It consists of four services: a Cloud Service, an App Service Environment (ASE), an API Management Service (APIM), and a Cache Service (note: The Dev Sku ISE does not have a Cache service and now you know why Dev Sku is not for production.).  When we deploy an ISE, we are actually deploying these four services in the background.  Any one of the four service fails to deploy, the ISE deployment deems a failure.

Most of the deployment failure was due to network configuration issues.