Speeding up recovery and VACUUM in Postgres 14 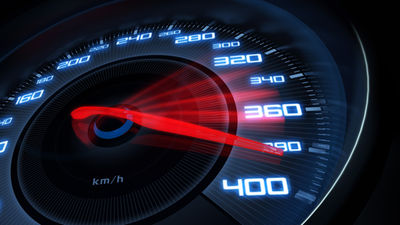 The compactify_tuples function is used internally in PostgreSQL:

So the good news is that the improvements to compactify_tuples will: improve crash recovery performance; reduce the load on the standby server, allowing it to replay the write-ahead log from the primary server more quickly; and improve VACUUM performance.

In this post, let’s walk through the change to compactify_tuples, how the function used to work, and why the newly-rewritten version in Postgres 14 is faster.

In PostgreSQL, the write-ahead log (called the WAL) contains sets of records with instructions and data to go with the instructions. These WAL records describe changes which are to be made to the underlying data. WAL is used to make sure each change to the data is durable in the event that PostgreSQL stops running before the underlying data is written to disk. When PostgreSQL restarts after a shutdown, all of the WAL since the last checkpoint must be replayed as part of the recovery process. The WAL is replayed in order, to reapply changes to pages which may not have been written out to disk before the database shutdown.

We did some profiling of the PostgreSQL recovery process after purposefully crashing the database after running a benchmark of an UPDATE-heavy, OLTP type workload. These profiles showed that much of the CPU load was coming from the replay of “HEAP2 CLEAN” WAL records. HEAP2 CLEAN records defragment pages in tables to remove free space left by dead tuples. HEAP2 CLEAN records are added to WAL whenever the page becomes full and more space is needed on the page.

A tuple is PostgreSQL’s internal representation of a row in a table. A single row may have many tuples representing it, but only one of these tuples will be applicable at any single point in time. Older running transactions may require access to older versions of the row (another tuple) so they can access the row as it was at the point in time when the transaction started. UPDATEs to rows cause new versions of the tuple to be created. Creating multiple versions of each row in this way is called multi-version concurrency control (MVCC.)

To understand what HEAP2 CLEAN does in PostgreSQL, we’ll need to peer into the heap page format. Let’s look at a typical (simplified) heap page with some tuple fragmentation: 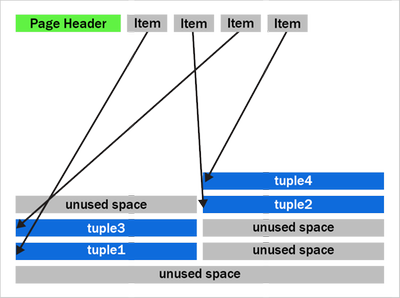 Figure 1: A PostgreSQL heap page with fragmentation due to removed tuples

We can see that after the page header comes an array of “items.” The items act as pointers to the start of each tuple. PostgreSQL writes tuples to the page starting at the end and works backwards. The page is full when the item array and tuple space would overlap.

You should also notice that the tuples at the end of the page are not exactly in the reverse order of the item pointers. Tuples 2 and 3 appear out of order here. Tuples can become out of order after some records have been updated in the page and an old item pointer gets reused.

We can also see that that there’s quite a bit of unused space on the page in figure 1. The unused space is due to VACUUM removing tuples. The HEAP2 CLEAN operation will get rid of this unused space.

In PostgreSQL 13 and earlier, the HEAP2 CLEAN operation would turn the above into: 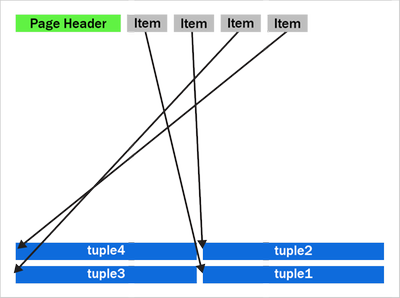 Figure 2: A defragmented heap page in PostgreSQL before the performance improvement in PostgreSQL 14 that speeds up the recovery process and VACUUM.

We can see that the empty space is gone and the tuples are now pushed up to the end of the page. Notice the tuples remain in the same order as they were, with tuples 2 and 3 remaining in the same swapped order.

How heap page compactification used to work, prior to PostgreSQL 14

Since heap pages can contain up to a few hundred tuples, and due to how often pages can be compactified in UPDATE-heavy workloads, the qsort call could use a lot of CPU. The sort overhead was not as bad with pages just containing a few tuples.

Do we really need to sort? … Well, yes and no. If we moved tuples in item array order and didn’t sort, then we could overwrite tuples later in the page. For example, in figure 2, if we moved tuple2 toward the end of the page before moving tuple3, then we’d overwrite tuple3. When moving the tuples in-place like this, we must make sure we move tuples at the end of the page first. So, we must sort when doing this in-place move.

How to make HEAP2 CLEAN faster?

To speed up the page compactification done during HEAP2 CLEAN, we could have written a custom qsort function which inlines the comparator function. Creating a custom qsort would have reduced some function call overhead, but, no matter what we did, qsort would still average an O(n log n) complexity. It would be nice to get rid of the sort completely.

The qsort is only required so that we don’t overwrite any yet-to-be-moved tuples. So, instead of sorting, we could instead copy those tuples to a temporary in-memory buffer, that way the order we move the tuples does not matter.

The new version of compactify_tuples in PostgreSQL 14 completely eliminates the need to use qsort. Removing the sort allows us to move tuples to the end of the page in item-array order. The temporary in-memory buffer removes the danger of tuples being overwritten before they’re moved and also means that the tuples are put back in the correct order with the first tuple at the end of the page.

The new heap page format, after compactification in PostgreSQL 14, looks like this: 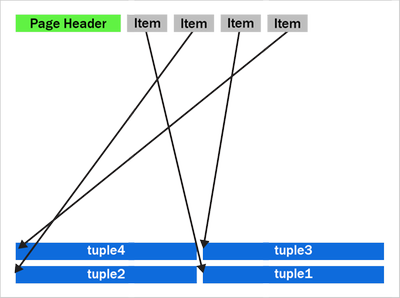 Figure 3: A newly compactified heap page after the performance improvement in PostgreSQL 14.

Notice that tuples 2 and 3 have now swapped places and the tuples are now in backwards item array order.

Having the tuples in reverse item order may also help some CPU architectures prefetch memory more efficiently than if the tuples were in a random order in the page.

How much faster is the recovery process now in PostgreSQL 14?

My test case used a table with two INT columns and a “fillfactor” of 85 with 10 million rows. Accounting for the tuple header, this allows a maximum of 226 tuples to fit on each 8 kilobyte page.

To generate some WAL to replay, I used pgbench, a simple benchmarking program that comes with PostgreSQL, to do 12 million UPDATEs to random rows. Each of the 10 million rows will receive an average of 12 updates. I then did an unclean shutdown of PostgreSQL and started it back up again, forcing the database to perform crash recovery. Before the performance improvement, crash recovery took 148 seconds to replay the 2.2 GB of WAL.

The new version of the compactify_tuplescode took the same test 60.8 seconds. With this change and the given test case, PostgreSQL’s crash recovery became about ~2.4x faster.

Previously, before the compactify_tuples change, pages with large numbers of tuples were the slowest to compactify. This was due to the qsort taking longer with large arrays. After changing compactify_tuples the performance is much more consistent with varying numbers of tuples on the page. The change does still result in a small speedup on pages even with very few tuples per page. However, the change helps the most when the number of tuples per page is large.

VACUUM (and autovacuum) happens to make use of the same code after they remove dead tuples from a heap page. So, speeding up compactify_tuples also means a nice performance improvement for vacuum and autovacuum, too. We tried performing a VACUUM of the table updated my benchmark from earlier and saw that VACUUM now runs 25% faster in PostgreSQL 14 than it did before the compactify_tuples change. Previously it took 4.1 seconds to VACUUM the table and after the change that time went down to 2.9 seconds.

So the recovery process and vacuum will be faster in PostgreSQL 14—and there’s more work in progress, too

For those of you who want an even bigger peek into how Postgres development happens, you can subscribe to any of the Postgres mailing lists. The PostgreSQL mailing list archives are also searchable. And if you want to learn even more about this compactify_tuples performance fix, here is the text of the actual commit to PostgreSQL 14, plus a link to the discussion on this optimization topic on the pgsql-hackers mailing list.