It is a known fact amongst security professionals that any major malware strain, such as Doqu 2.0, NotPetya or even Stuxnet includes some form of lateral movement capability.

According to MITRE ATT&CK™, there are least 20 known types of lateral movement techniques adversaries use to enter and control remote systems on a network.

In Active Directory, Lateral movements paths (LMPs) are used by attackers to identify and gain access to the sensitive accounts and machines in your network that share stored logon credentials in accounts, groups and machines. Once an attacker makes successful lateral moves towards their key targets, they often try to gain access to domain controllers to achieve domain dominance. Lateral movement attacks are carried out using many of the methods described in Azure ATP’s security alerts guide.

LMPs are a natural side-effect of every identity hierarchy, as shown in the following example:

The risk created by LMPs starts to increase when additional (often overlooked) logged in sessions, group memberships and local administrator privileges are introduced into the identity hierarchy as the organization grows, for example:

In this case, both User1 & User2 can be leveraged to gain the CFO’s credentials since they have local administrator privileges on a device (Finance Server) that the CFO is logged into. From the Finance Server, these LMPs can grow exponentially, often become overwhelming to assess or attempt to remediate—this is where Azure ATP comes in. 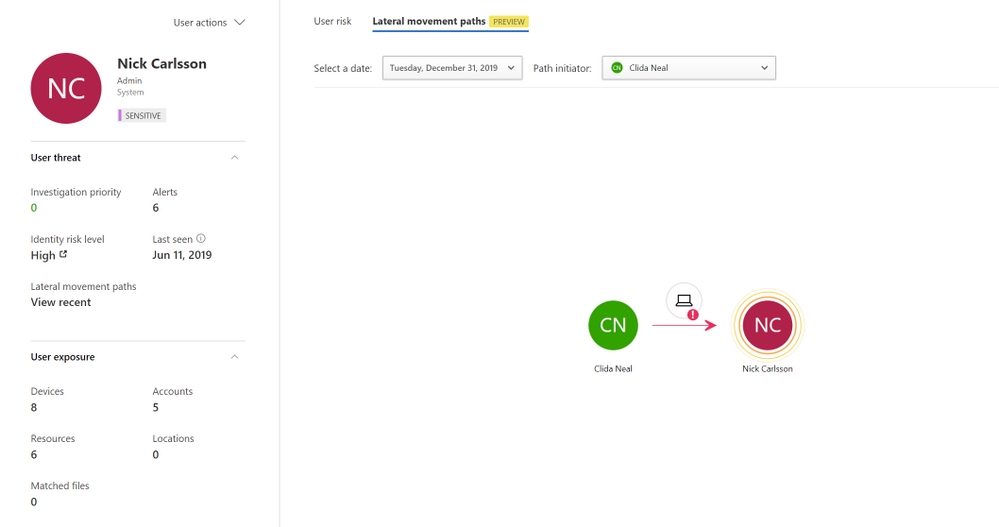 When investigating a user or responding to a suspicious activity alert, Azure ATP already shows security analysts if that user is a part of an existing LMP, helping them understand if any immediate action is required. Beyond responsive LMP hunting, proactive measures to reduce large LMPs before potential breaches can be actualized reduces risk and improves the security posture of the entire organization.

In this example, we see that removal of the local administrator privileges from the Finance Users group to the finance server reduces the CFO’s LMP by 2 non-sensitive users. 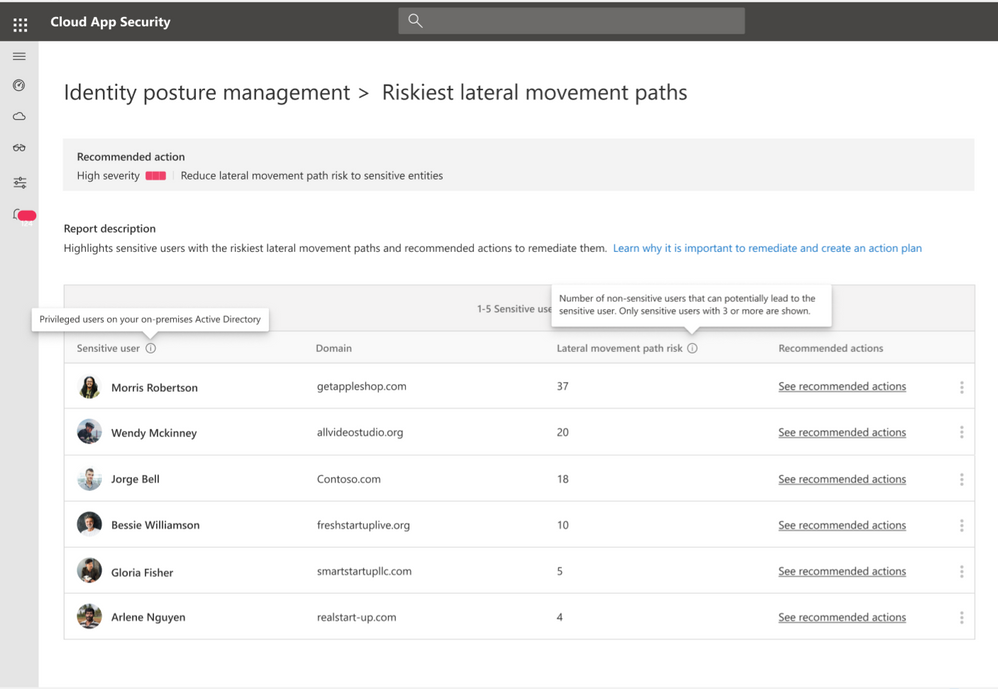 In this security posture assessment, we analyze all potentials LMPs for every sensitive user and calculate their risk and number of unique non-sensitive users in each entity’s path, along with the recommended actions an identity administrator can take to reduce the LMPs. 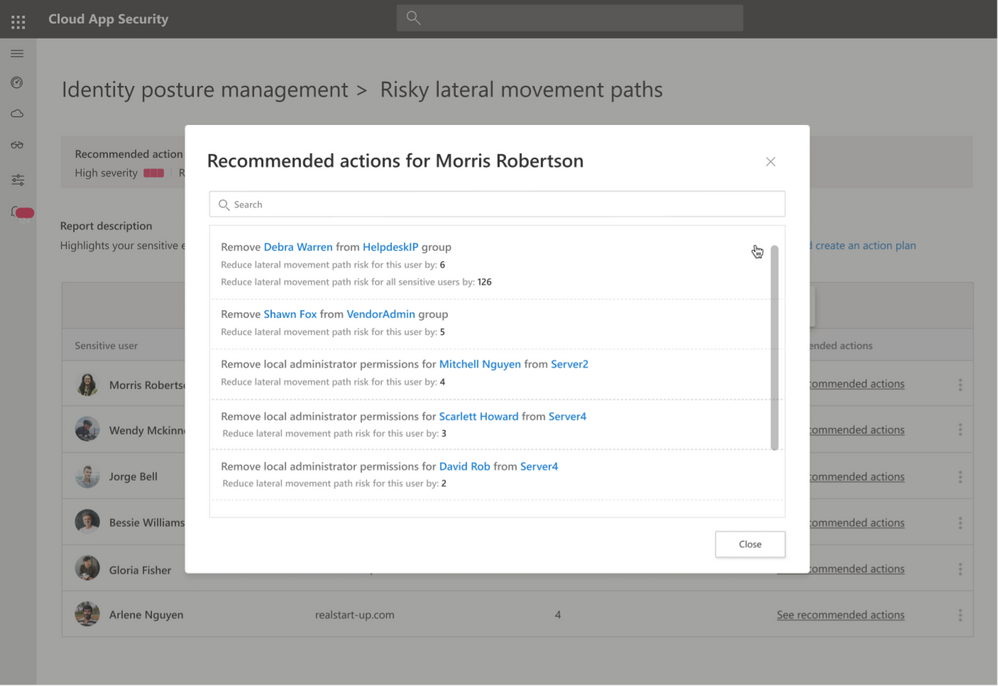