What’s more fun than adopting Microsoft Lists at your organization? Leveraging prepared resources from Microsoft to help scale your Lists adoption – of course!

Within Microsoft 365, Lists enables intelligent information tracking with features to make organizing simple, smart, and flexible. Uses Lists to track crisis response and protocol, manage employee onboarding and training, and organize government projects. Ready-made templates make creating a list easy; for example, use the asset tracker template to monitor usage and maintenance of equipment, or the work progress tracker template for installing new generators. Lists is backed by Microsoft 365 Government security and is compliant with US Government standards to keep your information safe.

Now that Lists is here, it’s time to adopt it – at scale – across your entire organization. And we’re here to help.

Screenshot of the new Microsoft Lists adoption center within adoption.microsoft.com.

Visit the new Microsoft Lists adoption page – your hub of resources to help increase Lists awareness and usage in your organization, including: 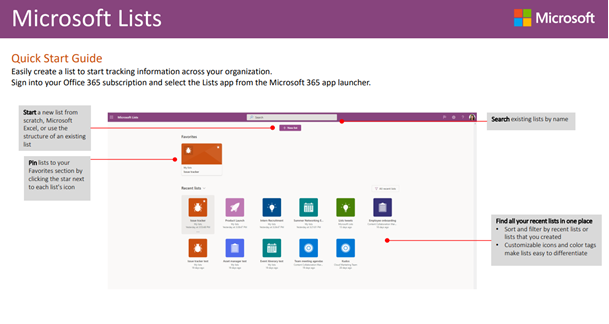 Screenshot of the Microsoft Lists Quickstart Guide within adoption.microsoft.com.

In addition to adoption guidance, you can learn more about Microsoft Lists and the rest of the Microsoft 365 collaborative portfolio: 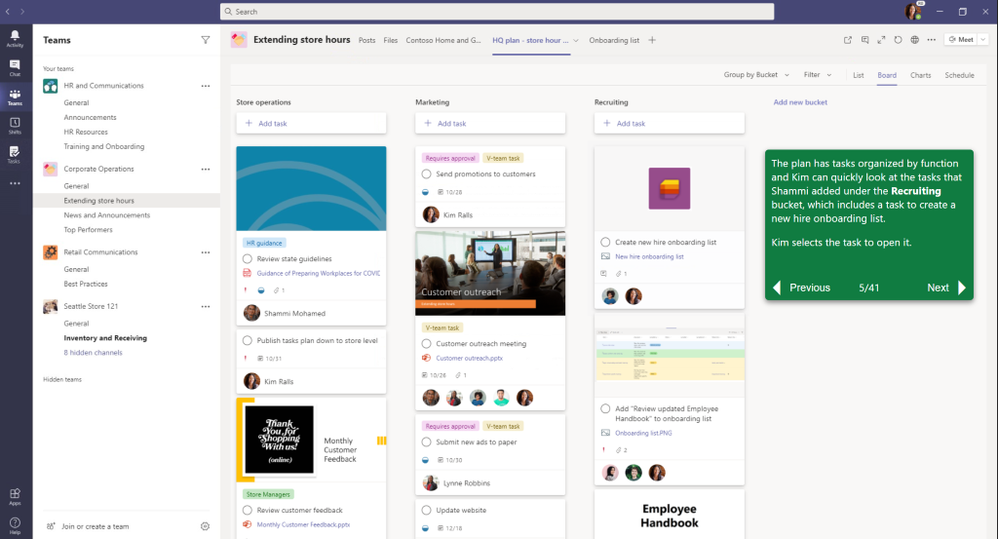 Start today. Implement a few key scenarios – like a project tracker, an internal event schedule, or a new hires dashboard. The above will help accelerate the ‘what’ and ‘how’ so you can get more done with Microsoft Lists.