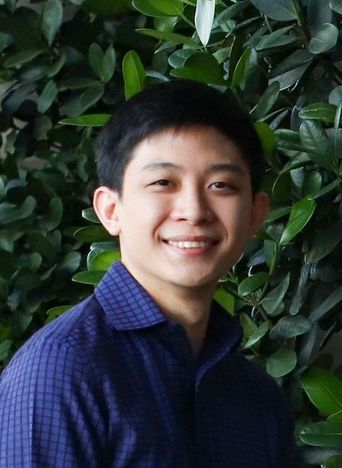 This is the next segment of our blog series highlighting Microsoft Learn Student Ambassadors who achieved the Gold milestone and have recently graduated from university. Each blog in the series features a different student and highlights their accomplishments, their experience with the Student Ambassador community, and what they’re up to now.

Today we meet Jason Chee who is from Singapore and recently graduated from the National University of Singapore with a Bachelor of Computing (Honors) degree in Computer Science and a Minor in Communications and New Media.

Responses have been edited for clarity and length.

How has the Student Ambassador community impacted you?

I initially joined the community in July 2012 when it was the Microsoft Student Partners program while I was in Junior College.  I focused on developing Microsoft technologies to the detriment of my studies, but after interning at Microsoft Singapore in the Developer and Platform Evangelism (DPE) Group as a Program Lead for the local charter of Microsoft Student Partners, I pursued further studies at my current university and rejoined the Student Ambassador community in August 2018.

The community holds a dear place in my heart because it played a tremendous role in shaping where I am today. The majority of the DPE team were predominantly ex-Student Partners. The culture this created meant the Student Partner/Student Ambassador network in Singapore was extremely strong with great opportunities to work for or with Microsoft. To this day, many of these people are still in contact. We have formed startups together and still very much keep in contact with the DPE team of the past, even though none of them still work for Microsoft.

Ultimately, it was the idea of a community passionate about technology that enthralled me. This was a group of like-minded people who aimed to make the world a better place through technology and have fun while doing it.

In a unique element to myself, this community is what set me on a path traditionally seen as less successful locally, but one I excelled in. I witnessed firsthand how the combined strengths and wisdom from the local Student Partners came together with Microsoft Singapore’s backing to give aspiring developers the opportunities they could otherwise not afford or come to know of. This is what I wanted to cultivate in my time as a Program Lead.

What were the accomplishments that you’re the proudest of and why?

Overseeing 350 Microsoft Student Partners during my time as Program Lead would be my highlight. Creating this network was an absolute joy and has paid off as the strong friendships and professional connections this cultivated are a sight to behold.  We ran extremely popular and successful events throughout the campuses such as one called Campus Surprise, a collaboration between various departments at Microsoft — DX, Education, Philanthropies, and Xbox. It was a roadshow event we ran simultaneously across every institute of higher learning in Singapore, showcasing the very best of Microsoft technologies and onboarding students to Office 365 and Microsoft Azure. Each segment of Microsoft Student Partners had free reign to craft the event. One institution even ran an Escape Room challenge to bring in visitors.

I was the Microsoft Student Partner of the Year in 2015. Out of 9,000 Student Partners globally, I was one of the few selected to attend the Student Partner Summit in Redmond, where I received the title for my contributions to the program and because of the success of the Singapore charter.

What are you doing now that you’ve graduated?

I founded a startup with two other ex-Student Partners/Student Ambassadors. We run an events-tech company called FrontHAUS, a play on the term “front of house” which is essentially the ticketing booth. Our company focuses on next generation ticketing experiences and the transformation of traditional events into a digital or hybrid format.

We also run a company called HelloHolo, an official Mixed Reality partner for Microsoft that brings in MR/VR/AR technologies such as the Microsoft HoloLens to the local market and builds solutions for them.

If you could redo your time as a Student Ambassador, is there anything you would have done differently?

I think it is important to live life in the forward direction without regrets. I am proud to say that there is nothing I would have done differently in my time in Microsoft Student Partners and Microsoft Learn Student Ambassadors.  I did everything in my power to ensure its continued survival.

If you were to describe the community to a student who is interested in joining, what would you say about it to convince him or her to join?

The community truly provides one with the tools they need to learn more about Microsoft technologies and get ahead of their peers in terms of premier tools and certifications. It also comes with an enormous global network of like-minded people.

What advice would you give to new Student Ambassadors?

What is your motto in life, your guiding principle?

Celebrate others’ success often and know that it does not diminish your own.

What is one random fact about you that few people are aware of?

I am terrible at math. I never viewed programming as a science or math puzzle and have always viewed it as a language. In that sense, I am more of an “arts” student compared to a “science” / STEM student and therefore am an avid patron of the arts. I seek out musicals and theater when I can, and love absolutely anything Disney.

Good luck to you in all your endeavors, Jason!

Readers, you can find Jason on LinkedIn.