As you knew it, Ransomware is in aggravated assault mode at this time of year 2020, the joint cybersecurity advisory comes from the Cybersecurity Infrastructure and Security Agency (CISA), the Federal Bureau of Investigation (FBI), and the Department of Health and Human Services (HHS) have just given a serious warning about Ransomware Threat as shown in the following announcement: 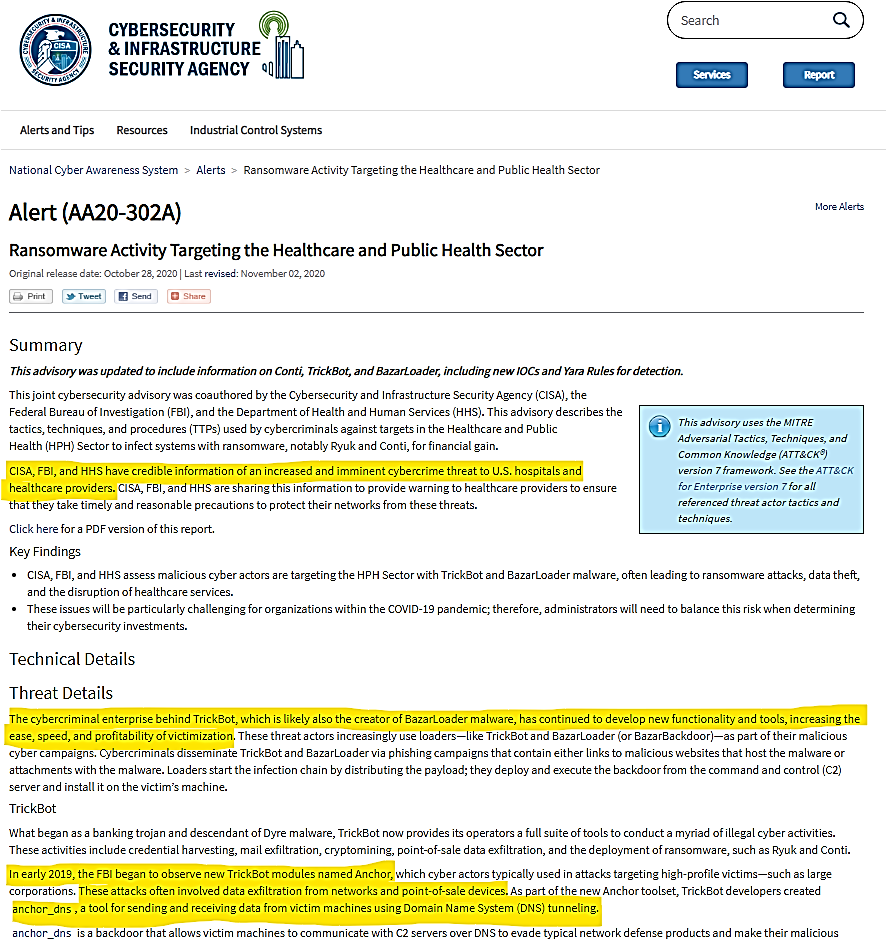 Debut in August of 2018, the Ransomware Ryuk gained shocking attention in 2019, Ryuk gangs demanded multi-million-dollar ransoms from victims, among them are companies, hospitals, and local governments. The actors be able to pocket over $61 million just in the US alone, according to FBI’s report.

Check Point, a security software vendor also noted that the gang was attacking on an average of 20 companies every week in the third quarter of 2020.

Sean Gallagher from Sophos Lab, gave us the story about a typical Ryuk and Conti Ransomeware attack.

Multiple instances of the malicious attachment were detected and blocked. But there was one employee who clicked on the link in the email that afternoon, allowing the document to execute print_document.exe—a malicious executable identified as Buer Loader.

By Wednesday morning the actors had obtained administrative credentials and had connected to a domain controller, where they performed a data dump of Active Directory details. 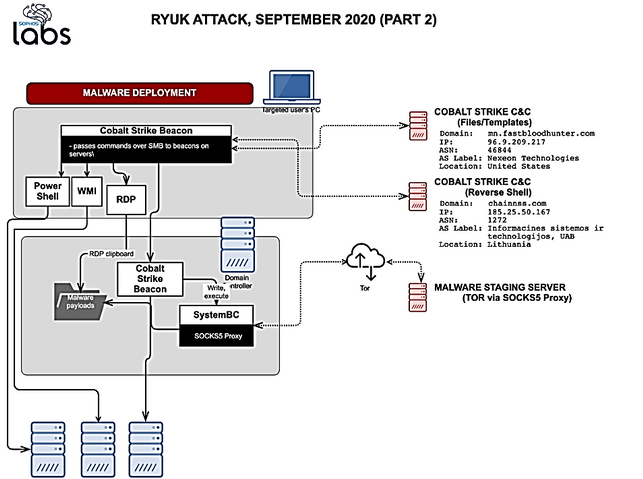 Ryuk ransomware was redeployed and re-launched three more times in short order after each failed attempt, no files were encrypted. 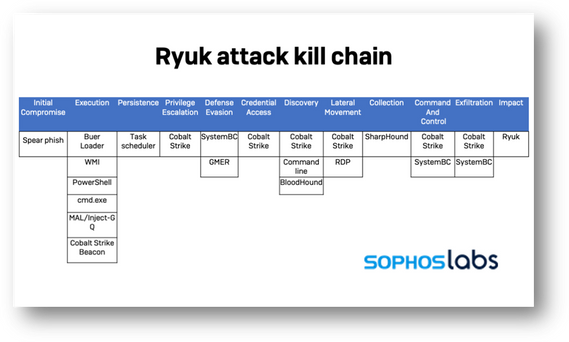 How good is Microsoft Defender for Endpoint and Identity against ransomware attack?

You may be worried and wonder how good the MD for Endpoint and MD for Identity could protect your systems from ransomware.

Well, let us bring MD to the test. The most trusted industry test could be AV-Test from the Independent IT-Security Institute, who has been known as the owner of the largest malware database in the world. 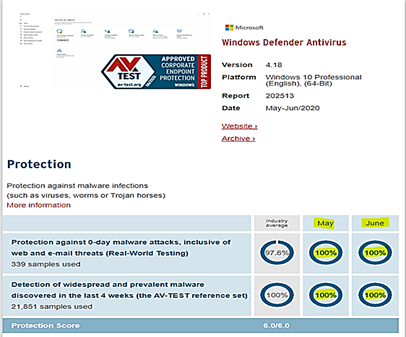 The test result table for all products based on protection, performance, usability scores is shown here, value of 6 is the highest score: 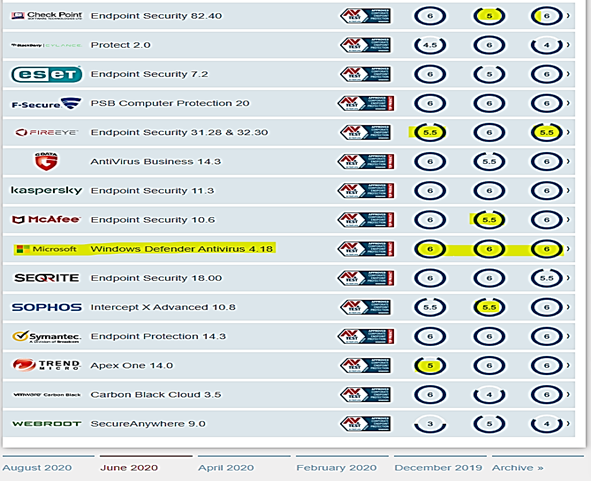 Now, let us conduct our own test using the MD for Endpoint – Evaluation Lab feature: 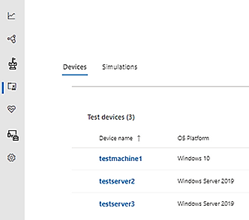 Click on WannaCrypt ransomware to show the details about malicious file named Llac.exe and how long it stayed before being quarantined (3 minutes and 15 seconds): 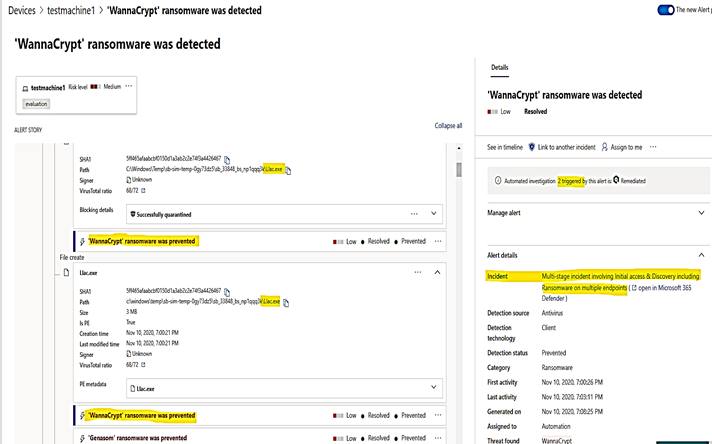 Click on Petya ransomware to show detail of malicious file named bdata.bin, it was existed within only 5 seconds and been quarantined:

The ransomware attack overview and its entities are shown in the incident named “Multi-stage incident involving Initial access & Discovery including Ransomware on multiple Endpoints” tree graph, 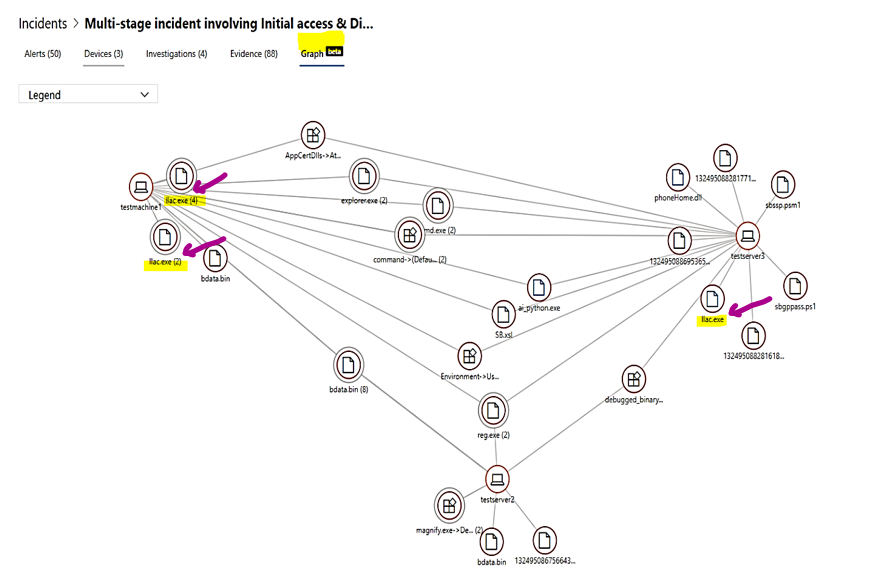 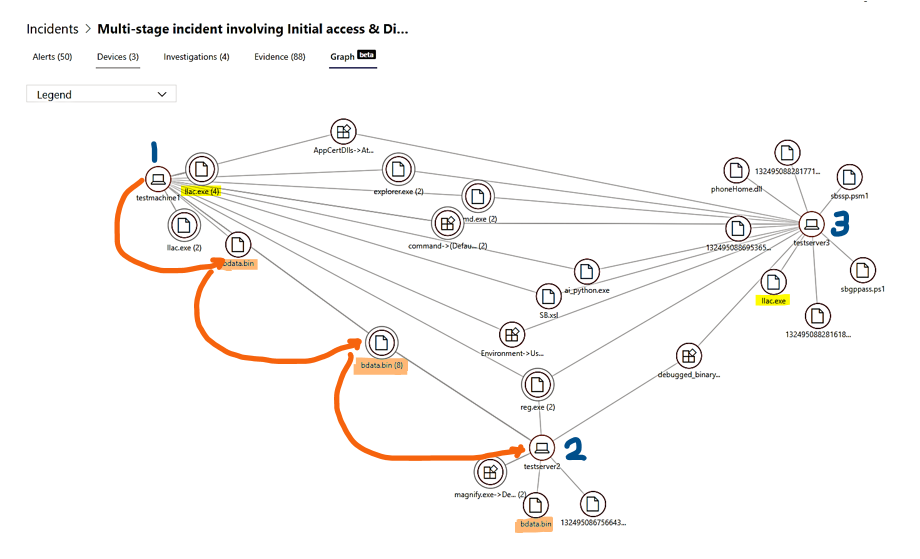 The detail of Ryuk attack based on MITRE ATT&CK process is shown in the following image, each Ransomware action step of the attack sequence was mapped to one or multiple counter attack measure: 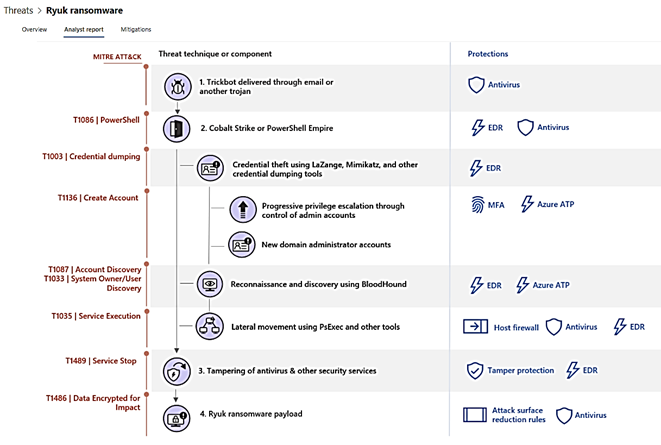 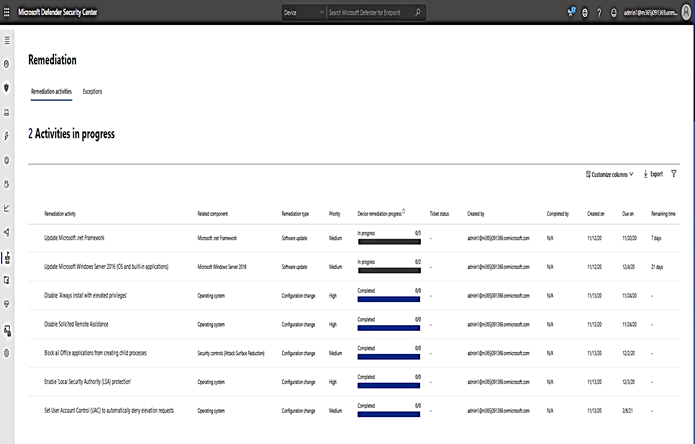 If Security Administrators enable EDR and all features of Defender, setup alert notification and completely finish all of the Defender Endpoint and Defender Identity’s remediation plans against each ransomware and malware, then, I guess, our colleagues may have a much better sleep at night, knowing that their systems are safe and well protected from ransomware and other malware threats.

To get to the 100% level of protection your defender strategy should always include Windows 10 Defender Guard (Application Guard, Credential Guard, Exploit Guard with Attack Surface Reduction rules, System Guard, …) together with MD for Endpoint deployed on workstations and servers and MD for Identity applied to all domain controllers.

I hope the info is useful,

Have a valuable time with your Defender!