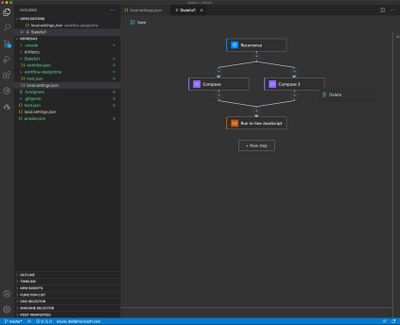 We announced the public preview of Logic Apps’ new runtime, performance and developer improvements in September 2020, and first public preview refresh in December 2020. Today, we are happy to announce another major update that continue to extend the capability of Logic Apps. You can find the highlights about this release below.

Inline Code action allows customers to write simple JavaScript code from right within the workflow designer with the ability to reference outputs from previous actions. In this release, Inline Code action is now supported not only on Windows, but also on macOS and Linux.

With the new runtime, customers can author workflows using the visual designer locally from VS Code. In this release, we’ve made it even more streamlined by removing designer’s storage dependency. This means you are no longer required to have storage emulator or connection to storage account in Azure to use the visual designer in VS Code.

Other improvements to VS Code extension includes the ability to configure webhook hostname so that the callback request can be routed to localhost during testing, and the ability to switch from extension bundle to NuGet-based local project.

In Azure portal, the resource browse experience is combined to show both the multi-tenant/consumption Logic Apps, as well as the single-tenant Logic Apps on Functions runtime. Trigger history page is added to allow easy debugging when the workflow isn’t being triggered as expected. 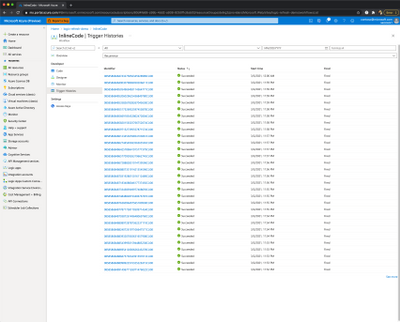 Microsoft is committed to revolutionizing access to technology for people living with disabilities, and us from the Logic Apps team believe in developing technologies that enable everyone to easily build workflows and integration solutions. In this release, we added keyboard navigation shortcuts to allow intuitive navigation of the graph between actions.

Please check out documentations on the new runtime, and tune in to the upcoming Logic Apps Live, scheduled to premiere on March 4th, 2021 at 9AM pacific time, during which the team will cover the release in more details. 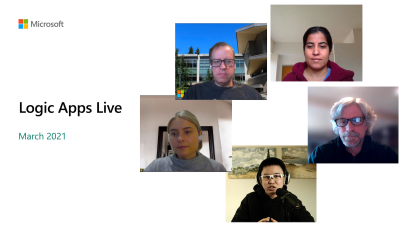 To get started, download the VS Code extension and create a local project, or create a new resource from the Azure Portal. You can submit your feedback here.

Derek, on behalf of the Logic Apps team