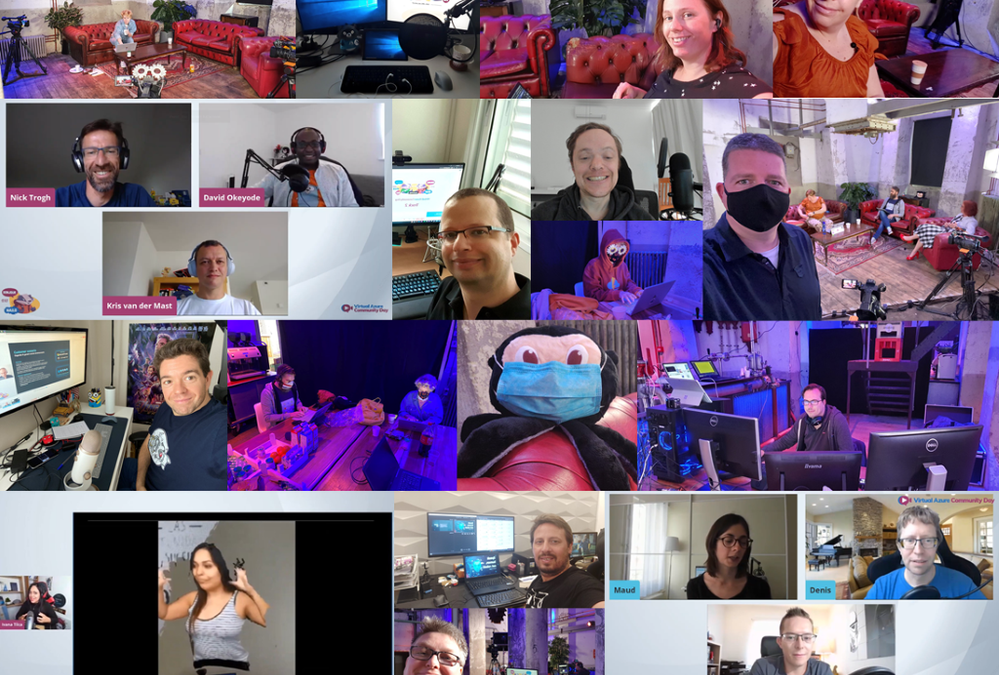 It is harder than ever to bring multiple people from multiple countries together in one place right now.

However, thanks to some “technical geekery” and organizing superpowers, this is exactly what took place when Azure lovers from around the world gathered online for 24 hours at the end of July.

The Virtual Azure Community Day is a multi-track, multi-cultural, and multi-discipline marathon which reunites Azure enthusiasts in the virtual world. The July 28 event produced almost 80 hours of content in six languages on the Azure Day platform. There, users could seamlessly switch between four tracks and interact in live chats. Moreover, 14 sessions were streamed live to Learn TV, 12 streams received interpretation into International Sign, and all streams were reproduced on YouTube and Twitch.

The effort to be as inclusive as possible paid off with the content reach exceeding more than 4 million. But beyond the numbers, the organizing team of Virtual Azure Community Day was most proud of the diverse line-up of speakers and emcees who shared their passion for Azure.

For example, African MVPs Oluwawumiju Oluwaseyi and Ayodeji Folarin say the event enabled them to present on their Azure experiences and learn from other international use cases. “We were very excited to work with fellow MVPs and Microsoft across the world because it exposes us to divergence in the knowledge and the different scenarios of Azure,” they say. “This keeps us on our toes to improve and optimize our current usage.”

International representation was also an important element to the Chinese representatives. Chinese Microsoft Azure and AI MVP Hao Hu says events like Virtual Azure Community Day help the nation’s Microsoft community overcome any social media obstacles to be seen and heard. “Global events like this or Azure Bootcamp and AI Bootcamp are a great chance to let global communities see us,” he says.

Meanwhile, this year was supposed to mark the debut international speeches of Nepalese Azure MVP Ravi Mandal. While the coronavirus impeded those plans, Ravi says he was excited to take his technical talks online at the marathon. “I immediately realized that this was for me because this would be the first talk I would give for an audience outside Nepal. Though online, it marks my first talk for international audiences!”

Similarly, multiple MVPs relished the chance to connect with other Azure fans regardless of location or language. “I love to work with these people, it’s always nice to rely on someone when you get stuck,” says Danish AI MVP Eva Pardi. Likewise, Portuguese OAS MVP Nuno Arias Silva says, “[At Microsoft] we all have different experiences and sharing is the most beautiful thing that we can do.”

“The world is smaller and smaller, and the walls between us are getting thinner and thinner,”  Romanian Azure MVP Radu Vunvulea says. “The experience that I had with people from the Microsoft ecosystem was amazing.” This point is reinforced by Netherlands Azure MVP Sjoukje Zaal, who believes there was a major benefit to creating this event as one which was not bound by timezone restrictions.

“With the current state of affairs, I think having an easy way to share all of this content is the best support we could ask for,” says South African Windows Development MVP Gergana Young. This point is driven home by Japanese Microsoft Azure MVP Yuto Takei, who says: “It’s really amazing to see presentations in different languages taking place at the same time and lasting 24 hours!”

“Honestly, since I began my career I have been seeking for likeminded people – newbies, experts, gurus – so that I can exchange ideas, learn, practice, or simply discuss!” says Bulgarian AI MVP Ekaterina Marinova. “The MVPs, Microsoft employees, everybody within this mini world has the spirit and it is contagious.” Canadian Dev MVP Hamida Rebai agrees the event successfully integrated Azure users of all experience levels to enable the sharing of knowledge.

“For more than 10 years I have been part of different communities inside Microsoft,” says Argentine Ivana Tilca. “First I was a Microsoft student partner, then I worked at Microsoft, and now I have the opportunity to be an MVP – and it always felt like being at home,” she says.

Check out all the action from the event at the YouTube channel. 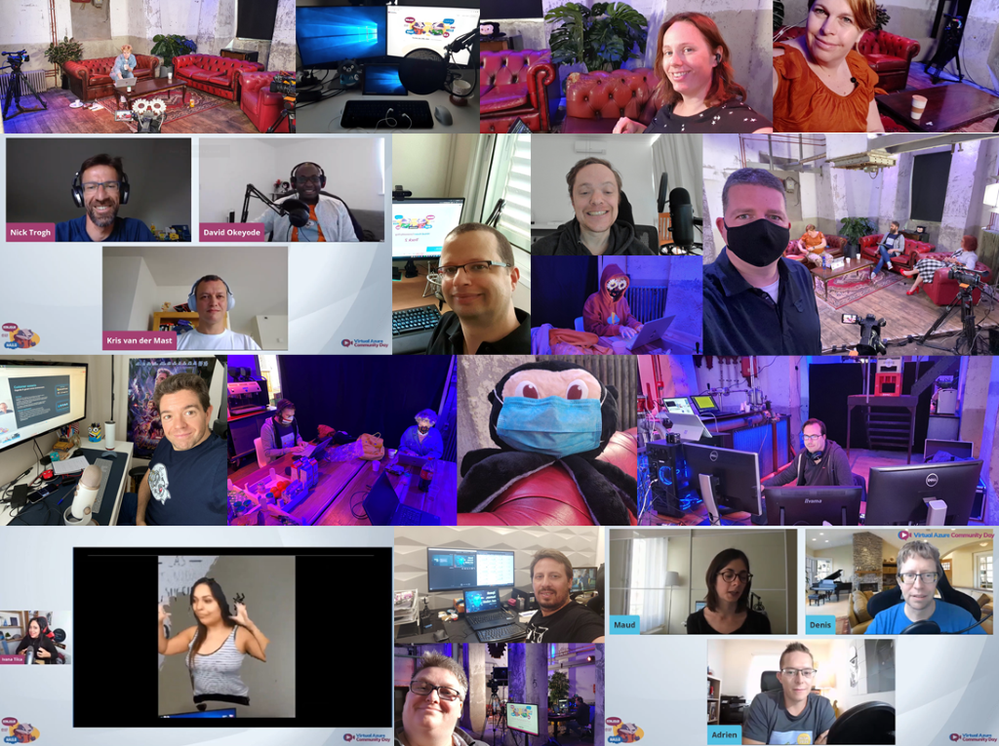